Americans normally see our Revolution as the culmination of a long period of gestation during which a free people finally threw off their colonial shackles and became what they were destined to be. On the Fourth of July, we commemorate a moment in 1776 that encapsulates all that we as Americans were, are, and hope to be. We consider ourselves a nation bound together by God-given rights and a pact with each other and with our government that we will stand as a free people. The ideas laid out in the Declaration are, then, widely said to mark us as Americans.

Nothing could be further from the truth.

I don’t say this to act as a “myth-buster”; rather, to put that moment in a more accurate context so that we might understand it better. In the years just before 1776, Americans did not consider themselves “American” in any substantive way. They regarded themselves as Britons living in America. The difference is crucial for understanding both the events that would usher in American independence and the ways we remember it.

While researching my latest book, I sought to recover this lost world on the eve of 1776. One way to recreate it was through the eyes of two brothers who played formative parts in shaping that era.

George Townshend, a high-ranking soldier and politician, and Charles Townshend, a key member of Britain’s Board of Trade, took on important roles in the British empire in the years just before the Revolution. George, a year older than his sibling, worked to create an empire of imperial might. Charles imagined an empire of commerce. In the process, the two brothers helped create an Atlantic world of migration and commerce that made American colonists the most proudly British people and autonomous in the world. Later, both would initiate reform of that Atlantic world. George would attempt to tie Ireland more closely to Britain. Charles would do exactly the same thing for the American colonies.

In the wake of the Seven Years’ War, a global conflict spanning five continents, the brothers came to believe that they were living during one of history’s critical moments. The British victory over the hated French, they thought, made this a time when institutions could be shaped to sustain British liberty and bind the empire together.

Charles Townshend, as Chancellor of the Exchequer, tried to come up with a vision of empire that could manage, and profit, from this moment. In 1767, he introduced duties on select goods to fund an American administration that could serve as the basis for a centralized empire. 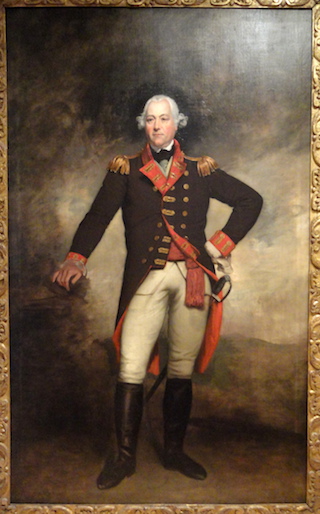 It did not seem at the time to be a high-risk tax policy. Americans, after all, considered George III to be, in an expression of the period, “the best of all kings.” They reveled in their lives, liberty, and property, rights that were guaranteed to them as British subjects.

But in crafting his idea of empire, Townshend set off a backlash—not because the British subjects in America were somehow different, but because they were so similar in outlook.

Charles Townshend’s policies placed the British Americans in a bind, one that would lead to 1776. When Bostonians and others up and down America’s Atlantic coast contested Charles’ duties, they did not think they were declaring independence. Far from it. They pushed back in hopes of holding onto a loosely federated understanding of empire that would allow them to retain their traditional liberties while continuing to profit from the Atlantic trade.

In doing so, they embraced the same rationale that the Townshends employed to design empire: that only a people devoted to liberty could negotiate a world-changing moment of time. By contesting the empire Charles was championing, they would create revolution.

Empire and revolution, then, were made of the same British materials.

The leaders of this British American revolution did not reckon, at least at first, with the implications of their resistance. By contesting the measures of Charles Townshend in America (and also of his brother George to keep Ireland within the British empire), the British Americans occasioned a battle over who would rule in each society.

Both Ireland and America were deeply politicized by the Townshend Moment. In Ireland, Roman Catholics found a political voice. The same was true for poorer people in America, and even for some enslaved persons. Most troublingly, for elites in each place, was that the backlash against the Townshends had driven members of the lower social orders to violence that seemed to be increasing.

The violence was a political challenge to rulers not only in Britain, but in America. And so the British-American elites—the merchants, planters, and lawyers who were pressing for their British rights against Townshend—had to fight two conflicts: one in Parliament, and another against the people they ruled over in America.

For years [after 1776], Americans did not quite know what it meant to be “American.”

This created a series of what I call “provincial dilemmas.” In Ireland, Protestants carefully addressed their dilemma by pushing for as much autonomy within the British system as they dared, without further infuriating Catholics who made up more than 70 percent of the population. The Irish would not make a claim for real national independence, however much they resisted what Parliament was doing.

British-American elites had more confidence. They figured that the only way they could contain the political challenges from below was to make a bid for independence. To enjoy autonomy, their liberties, and the promise of Atlantic commerce—and to remain masters of their own societies—meant that they would have to become “American.”

That transformation took a long time, and it didn’t happen in 1776. For years afterward, Americans did not quite know what it meant to be “American.” It took the actual fighting of the war against Britain for them to see each other as compatriots and to become, in some sense, a people.

The date of July 4, and the Declaration it commemorated, did not mean much until the decades following independence, when it would be resurrected as a birthday of a nation, in order to address political tensions and the uncertainties that a period of revolutionary uncertainty had unleashed.

In time, all Americans could look to the country’s Founders as the reasonably minded midwives to a new republic dedicated not to the memory of violence but to a set of ideals. These ideals—“life, liberty, and the pursuit of happiness”—would then become the sum total of who we are as Americans.

But, placed in the proper context, our nation’s tangled tale actually began with British statesmen like the Townshends and with a group of colonists who proudly considered themselves to be the most proper British people in the world.

Patrick Griffin is Madden-Hennebry Professor of History at the University of Notre Dame and Director of the Keough-Naughton Institute for Irish Studies. He is now working on a new study of the Age of Atlantic Revolution, to be published with Yale University Press. He has previously published, among other books, The Townshend Moment: The Making of Empire and Revolution in the Eighteenth Century (also with Yale); and America’s Revolution with Oxford University Press.