In the summer of 1997, days after my 20th birthday, I was making my first international trip alone. I was going to Kuala Lumpur for the summer to intern at a men’s lifestyle magazine that published in English.

Halfway through the connecting flight from Beijing to Kuala Lumpur, I was handed a landing card from the flight attendant and began filling out my passport details. Under nationality, I wrote Korean and Irish. After all, anytime someone at college in Santa Barbara, California, (or on the street, or in a retail store, or at a bar) would ask me the dreaded “What are you?” question, I knew that was the answer they were after. My mother was raised in Dublin and my father was of Korean descent, though he grew up in Shanghai, Hong Kong, and Tokyo. When people in the U.S. ask you about your origin story, they usually don’t want to hear that you’re from Newport Beach.

That question generally is trying to get at where you are really, really from – that is, where your parents are from. In those transformative college years, when race, ethnicity, and gender were at the forefront of my class discussions, I felt as if I was always under scrutiny. I was not Asian enough to be Asian and not white enough to be white. Back then, I preferred to think of myself as a global citizen since I didn’t fit into one box.

Arriving at the modern airport in KL, as locals affectionately refer to the city, the immigration officer was quick to tell me to fill out a new landing card. My blue passport did not say “Korean” or “Irish;” it said United States of America. I was a bit mortified at my error and couldn’t blame it on the jet lag. It was as though I had forgotten that I was indeed American after a lifetime of mini-interrogations about my ethnic background.

In the backseat of the taxi, I remember being blown away by the skyline—it put Los Angeles to shame—especially the Petronas Twin Towers, which were the tallest in the world at the time. People were friendly and everyone I interacted with spoke English, making the initial transition far easier than I had anticipated. My editor Kean arranged for another student intern and I to stay with a generous host who refused to charge us rent. We knew nothing about him, only that his name was Charles and that he worked for the New Straits Times.

I loved working at the magazine, and aside from the stifling humidity (it only took a few weeks before I chopped my long hair off) and insane traffic, KL was better than I could have imagined. I ate stuffed pancakes and skewers from the hawker stalls, South Indian dishes off a banana leaf (with my hand, a first), the best stir-fried rice noodles, and even durian, the famed stinky fruit, at Charley’s encouragement. Like most people, I felt far more adventurous and independent when thousands of miles away from home.

That summer provided me with a comparative lesson in multiculturalism and diversity. Malaysia is about half Malay, 25 percent Chinese, and 8 percent Indian. Speaking of my own diverse background, I told Charley one evening that I was half-Korean. He hastened to correct me: “You are not half and half,” he said. “You are one plus one. Your whole mom and your whole dad.” After that conversation, I stopped referring to myself as half-anything, as that word didn’t describe the multitudes in my family. I liked his definition better. 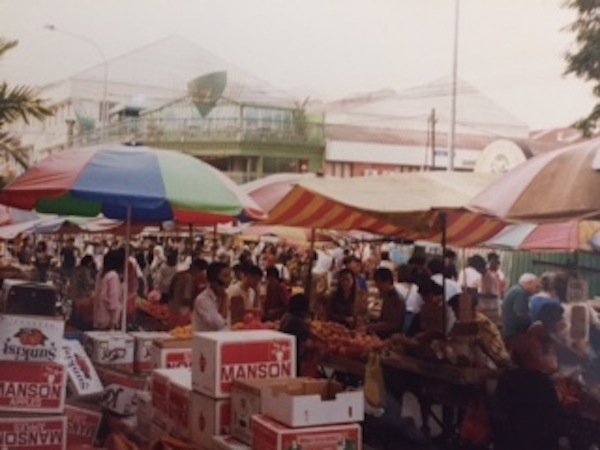 Since Malaysia is an Islamic country with stricter laws (capital punishment for drug trafficking, for example), there were moments of culture shock, for sure. I became paranoid about the amount I pointed (it’s considered rude) and didn’t feel the freedom to dress exactly as I would have back in Santa Barbara (where surf culture rules sartorial choices). One weekend, we visited a nearby resort where an older man approached me saying that I looked like his fourth wife. As I tried to picture a sequence of four marriages, he made it clear that he actually had four current wives (plural marriage was not in my guidebook).

Even though I could probably pass as a local if I didn’t speak, the differing cultural traditions reminded me of my American-ness, a character trait I had never quite felt before. At five-foot-four, I felt tall and sometimes loud, even though no one at home would describe me as so. But what I noticed most was that Malaysians didn’t seem especially interested in my ethnic background. Instead, we talked about regular 20-year-old things like college life, boyfriends, and travel. On any given night, I could be out with my Chinese-Malaysian editor who was educated in Australia, my Indian-Malaysian friends who lived in London, but came back to KL for the summers, or a Muslim Malay colleague and her Dutch boyfriend. Everyone and everything—from colorful street markets to the local cuisine—was so multicultural that I no longer felt exotic, different, or all that interesting. I realized that in the U.S., the so-called melting pot was more of an illusion. I was still only able to “check one box” on most government forms (though that has changed since). Even in California, for all its diversity, ethnic groups tended to live and socialize in a segregated manner, whereas in KL, multiculturalism was visibly apparent, whether on television or at a local dinner party. 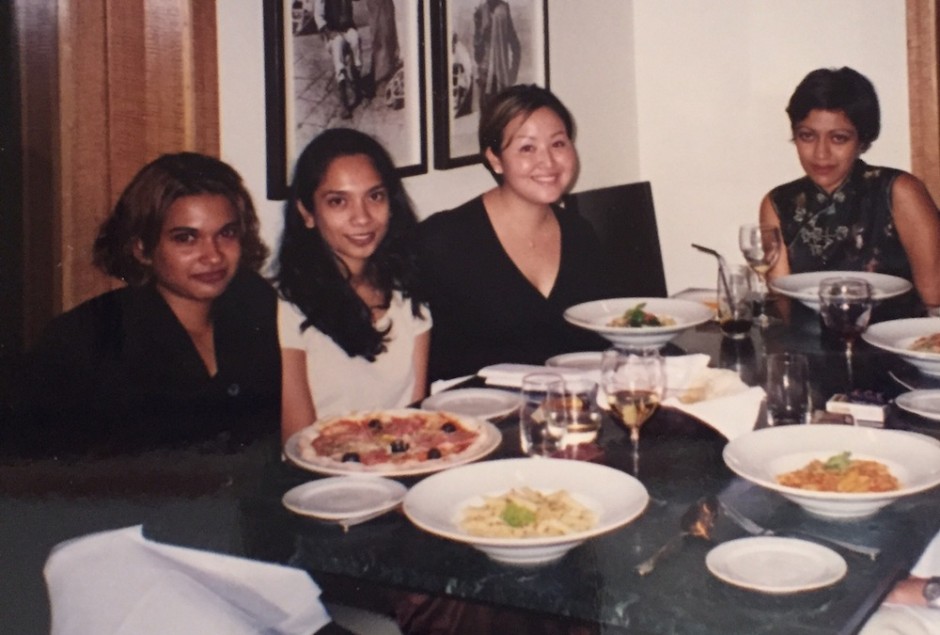 The author (second from the right) with co-workers in Kuala Lumpur.

As I met more Malaysians, I learned about their country’s colonial history, intolerant politics, and pervasive gender and sexual orientation discrimination, particularly outside of the capital. I started seeing a more complex country, realizing that it was far from perfect, just like my own homeland. Most notably, I was disturbed by the way LGBT people were discriminated against in Malaysia. Even though I had gay friends back home who weren’t fully embraced by all family members after coming out, their human rights still mattered and their identity was not considered a crime by our government.

My diary from the end of that summer says, “I feel very safe and happy, but as much as I love it, I can’t wait to go home. I realize now that being born in America makes me one of the luckiest people on Earth.” While America does not always offer “liberty and justice for all,” I certainly enjoy far more privileges as an American woman than I ever would have if I were born in Malaysia. I can dress however I like, say anything I want, and was raised by two feminist parents.

It’s funny, but my appreciation for America from afar made me embrace some of our shared culture in KL in ways that I rarely did back home, by listening to Rick Dees’ Weekly Top 40 countdown, watching blockbusters like Nicolas Cage’s Face/Off and smiling at the familiarity of a Mobil gas station.

On the long flight back to LAX, anxious for Mexican food from my favorite taqueria and dying to sleep in my own bed, I correctly identified my nationality on all forms, without needing a redo.

is a writer and commentator in Los Angeles. Namkung is the author of the forthcoming novel, The Things We Tell Ourselves.