Unlike the much more famous Battle of the Little Bighorn in 1876, when American Indians annihilated George Armstrong Custer’s command, there was nothing epic or heroic in the disaster of 1791. The American troops proved no match for Indian warriors executing a coordinated battle plan and after three hours of ineffective resistance they broke and fled, abandoning arms, equipment, and wounded comrades to the enemy.

Some Americans see no point in remembering an event that didn’t change the course of history and that reflects little credit on their country. But the Indian victory mattered a great deal in 1791. The new Republic had hostile powers on its borders and few national loyalties binding Western settlers. The future of the United States was not secure—and that battle in Ohio had lasting consequences. We miss a lot if we ignore those three hours of American history.

In 1791, settlers and land speculators were eager to get their hands on the rich lands of Ohio but were meeting resistance from American Indians. So President Washington dispatched General Arthur St. Clair and some 2,000 men to the center of that resistance, a group of villages on the Maumee River in northwestern Ohio. 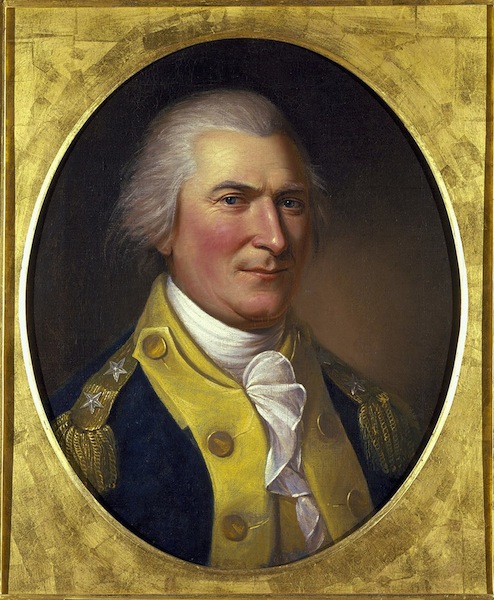 The American army—poorly equipped, badly trained, delayed and demoralized by administrative mismanagement, contractor fraud, and bad weather, and its ranks thinned by sickness, desertion, and the expiration of enlistment terms—was out of its element. At dawn on November 4, about 1,000 warriors from a coalition of Indian nations—Shawnees, Miamis, Delawares, Wyandots, Kickapoos, Ojibwas, Ottawas, Potawatomis, Iroquois, and others—encircled and attacked the American encampment on the bank of the Wabash River. Moving rapidly from tree to tree and firing from cover, Indian marksmen systematically picked off the officers and the gun crews, depriving the raw American soldiers of leadership and artillery. American bayonet charges proved ineffective and discipline unraveled as casualties mounted. When General St. Clair ordered a retreat, the survivors fled for their lives. The Americans suffered 630 killed and almost 300 wounded; on the Indian side, there were about 25 killed and perhaps 50 wounded.

In the long run, perhaps, the American defeat along the Wabash River didn’t really matter. The U.S. rebuilt its army and, three years later, General Anthony Wayne defeated the Indian coalition at the Battle of Fallen Timbers—thus opening up all of Ohio’s rich land to settlement. 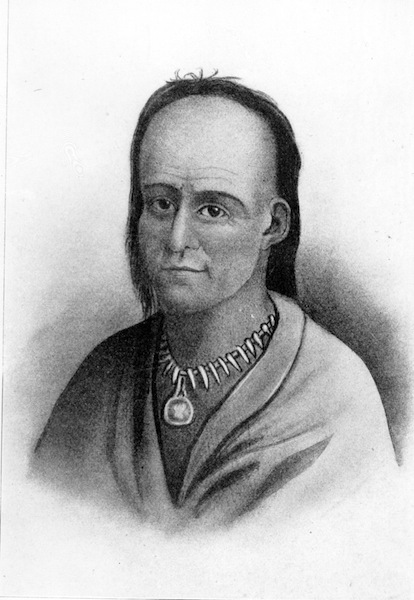 Little Turtle, a Miami war chief, one of the leaders of the Indian coalition, lithograph reputedly based on a portrait by Gilbert Stuart

As Americans flooded across Ohio and beyond, they could ignore the Indian victory; but at the time the battle generated a deluge of correspondence, opinions, and debates in the press. It fueled growing political divisions. It produced the first congressional investigation in American history—which in turn led to the birth of the principle of executive privilege, as Washington and his cabinet debated which documents to make available and which to hold back. It changed how Americans regarded, organized, and paid for their armies—only a well-funded professional army, properly supplied, and trained in Indian fighting could accomplish the task. It increased the president’s power to raise troops and it increased the federal government’s role in expanding the American republic westwards, with the army as its key instrument in policing the frontier and suppressing Indian resistance.

If we miss so much by ignoring those three hours in 1791, imagine what we miss by ignoring 10,000 or 20,000 years of human habitation on our continent before Jamestown in 1607, or Plymouth in 1620, or even Philadelphia in 1776. The first European colonists touched the edges of a vast Indian world, like the blind man feeling the elephant—a world where indigenous civilizations developed, flourished, and declined, and numerous nations organized around kinship practiced intercultural diplomacies and conducted foreign policies with other Indian nations to build and maintain alliances, make war and peace, and share and contest resources.

In many places and for many years, European colonists depended on Indians—for food, guidance, knowledge of the continent, trade, and alliance against other Indians and against other colonial powers. Then Americans built a new nation on Indian land. Without Indians, American history is, well, mythology.

Telling or writing American history with American Indians is not an exercise in feeling guilty about the past, turning yesterday’s heroes into villains, or running down America—although, of course, there are dark sides to the story. Reconstructing a forgotten battle gives the Indian victors their due, but it also tells us something important about the forgotten Americans who died there, about the nation that sent them there, and about the process of building that nation.

He wrote this for What It Means to Be American, a national conversation hosted by the Smithsonian and Zócalo Public Square.