Americans like to think of our nation as exceptional in nature, a dramatic break from all that came before it. Being exceptional, it’s inconvenient to acknowledge that two European powers provided invaluable assistance in our struggle for independence from Britain. So we usually don’t. The American origin story thus has scrappy colonists fighting the British alone, with little outside help except for France’s Lafayette, and a cameo by General Rochambeau at the very end. But Americans could have never won the war without both France and Spain by their side. And if the French get short shrift in America’s creation myth, the Spanish get no shrift at all; the names Gardoqui and Gálvez almost never appear in our history, and the important Battle of Pensacola receives at best only a passing mention. The real story is that the American nation was born as the centerpiece of an international coalition, which together worked to defeat a common adversary.

Many Americans today think of their colonial history as a purely British affair. But it was Spain that established the earliest European settlement in America in 1508, a century before the English arrived at Jamestown. By 1535, Spain had created the Viceroyalty of New Spain, which would encompass Florida, much of the American Southwest, and Mexico. France established its own American colonies in Canada and Louisiana at about the same time. Over the next two centuries, the global clashes between the three European imperial powers resulted in France and Spain losing a substantial part of their holdings. So in 1776, when the American colonists rebelled, Spain and France saw an opportunity to regain lost ground.

Both nations had fared poorly against the ascendant British Empire (aided by its North American colonists) in the Seven Years’ War two decades earlier. That conflict had cost France its Canadian territory, and cost Spain Florida (though the French conceded Louisiana to Spain as part of the peace settlement).

On the eve of American independence, the two Catholic monarchies were allied by the Bourbon Family Compact—Spanish King Carlos III and French King Louis XVI were cousins—and together they secretly began rebuilding their navies to create a single, united fleet that could defeat the British and recapture lost domains. The Spanish governor of Louisiana, Luis de Unzaga, sent a steady stream of observers and spies from his capital at New Orleans to New York and Philadelphia to learn whether the British mismanagement of the colonists would lead to war. They soon found that the answer was “yes.” 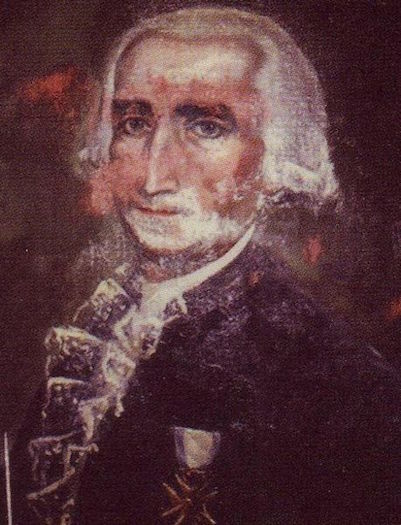 Even before fighting broke out at Lexington and Concord in 1775, Spain was providing arms and munitions to the American insurgents. The Bilbao merchant Diego de Gardoqui, who had a long relationship with cod brokers in Marblehead and Salem, smuggled shiploads of muskets, shoes, uniforms, blankets, and gunpowder to New England. From New Orleans, Unzaga sent 10,000 pounds of much-needed gunpowder to the colonial troops at Fort Pitt (today’s Pittsburgh) to fend off British threats in the Western Theater. Madrid also sent today’s equivalent of a half-billion dollars to France in order to fund another arms smuggling operation to the United States. Americans desperately needed this materiel aid, for they had begun the war stunningly incapable of fending for itself. They had no navy, little in the way of artillery, and a ragtag army and militia that were bereft of guns and even of gunpowder. The colonists knew that without the help of France and Spain, they could not hope to prevail against the superior British army and navy.

When the Continental Congress assigned to him the task of writing the Declaration of Independence, Thomas Jefferson understood he was inviting France and Spain to join America in the fight against Great Britain. The Americans knew that neither France nor Spain would take sides in a British civil war. Even John Adams admitted that “foreign powers could not be expected to acknowledge us, till we had acknowledged ourselves … as an independent nation.” When the Declaration arrived in Europe in late 1776, France and Spain were still rebuilding their navies and could not yet go to war. It was not until after the American victory at the Battle of Saratoga in October 1777 that the French fleet was ready.

When France signed its treaty of alliance with the Americans in February 1778, Spain was still not prepared for the ensuing fight. It had a treasure fleet from Peru at sea carrying the equivalent of $50 billion in silver, and until those ships were safely in port they could not risk open war with Britain. While Spain waited for its treasure fleet to return, the King’s chief minister, the Conde de Floridablanca, offered to mediate a peace between France and Britain, which would have kept Spain out of the war. His main condition was that Britain should return to Spain the strategic fortification of Gibraltar, but the British king refused, leading later historians to note caustically that Britain sacrificed America for Gibraltar (which it still controls). With the Spanish treasure fleet home by the end of the year, in early 1779 Spain joined France in the fight. Their combined navies—the Bourbon Armada—outnumbered the British and challenged them everywhere in the world.

The entry of Spain alongside France fundamentally changed the war from a regional clash to a global conflict. Although Spain never formally allied with the United States as France did, it made American independence a condition for Britain’s surrender. The British navy and army were now spread ever thinner to face an escalating number of threats. The first action by the Bourbon Armada was an attempted invasion of Britain itself, which in the end was called off because a deadly dysentery epidemic decimated the crews. Still, it required the British admirals to beef up the Channel Fleet at the expense of more ships for America. Next, Spain laid siege to Gibraltar and threatened the British hold on the Mediterranean island of Minorca, further depleting Royal Navy resources. 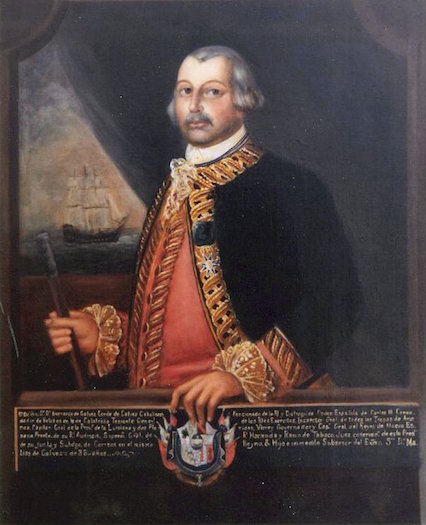 Back in New Orleans, the new governor of Louisiana, the young but battle-hardened Bernardo de Gálvez, put his troops on a war footing to drive the British from Florida. With a multinational army that included several American soldiers, Gálvez struck quickly, capturing Baton Rouge and Natchez in less than a month during the summer of 1779. The following spring he captured Mobile in just three days. However, the prize he sought—the capture of the British capital at Pensacola—was placed temporarily out of reach when a massive hurricane scattered the invasion fleet under José Solano. But the damage was quickly repaired and from February to May 1781, Gálvez and Solano, at the head of almost 20,000 soldiers and sailors, besieged Pensacola. When a fortuitous shot from a Spanish howitzer detonated a British ammunition magazine, Gálvez’s forces quickly overran the British stronghold and forced its commander to surrender all of West Florida.

The British surrender of West Florida in May 1781 came at the most opportune moment. At just that time, a major French expedition under the Comte de Grasse had arrived in the West Indies, where he received word from General Rochambeau in New York that he and George Washington urgently needed his support in a campaign against Lord Cornwallis around the Chesapeake Bay in Virginia. De Grasse had no time to waste, but he could not leave the important French sugar colonies in the West Indies unguarded. Fortunately, with Britain out of West Florida, the Gulf of Mexico was now firmly under Spanish control. So, the Spanish navy spared a few ships to guard the French islands while the French sortied the entire fleet north to meet the British.

When the British fleet arrived off the mouth of the Chesapeake Bay just days later, de Grasse’s larger fleet was able to drive them off and prevent them from reinforcing or evacuating Cornwallis at Yorktown; had de Grasse left some ships back in the West Indies, he might not have been so successful. Within a month, French and American troops had besieged Yorktown and forced Cornwallis to surrender on October 19, 1781.

When the peace treaties were finally signed in 1783, the British acknowledged American independence while ceding to Spain almost all of the territory it wanted – Florida and Minorca in particular – though Gibraltar continued to elude its grasp.

And for the new American republic, having a friendly Spain on its southern border instead of a potentially hostile Britain meant that its hold on the region was now secure.

is the author of Brothers at Arms: American Independence and the Men of France and Spain Who Saved It, from Alfred A. Knopf (coming in November 2016).