Illustration of the B.F. Goodrich factories in Akron, Ohio, at one time the “largest rubber plant in the world.” Image courtesy of Wikimedia Commons.

In the earliest decades of the 20th century, more than 28 million men and women—black and white—began “The Great Migration” north from the Deep South and Appalachia. Among those who left their homes, literally hundreds of thousands migrated to “the Rubber Capital of the World”—Akron, Ohio. With blacks barred from factory work due to the tenor of the times in Akron, Southern white males would build the tires and produce the war materials as America entered World War I.

Although dismissively and disparagingly called “hillbillies,” these Southern whites were preferred even over locals by the rubber companies. This was because, as author John Tully noted in The Devil’s Milk: A Social History of Rubber, “they were hard workers and often individualistic in outlook, reflecting their origins as fiercely independent small-owners of farmlands.” This made them less susceptible to unionization and meant they could be easily “returned” by simply allowing them to go back home when production slackened. That very mobility, however, also meant that they were resented by locals who saw them as having no city pride and being only interested in taking their wages and returning home.

Even though they were once recognized as “Akron’s largest ethnic group,” their contributions have been all but forgotten.

My grandfather, Haskell Jones, was one of those “hillbillies.” Born in Western Kentucky in 1898, the first son of a respected magistrate and former schoolteacher, his family may well have been counted among the “elite” of the community—even though they resided in a two-room shack without running water, electricity, or an outhouse. When his father passed away, leaving Haskell as the head of the family of eight at the age of 15, he had to provide for all by working in the fields—until he heard about the rubber factories of Akron and their insatiable demand for labor.

As it became a home for that labor, Akron’s population tripled between 1910 and 1920 to 208,435—making it the fastest growing city in the entire nation. Of those, more than 75,000 were employed in the rubber industry, in factories that operated 24 hours a day, six days a week.

“All you had to do was hit town in those days and they grabbed you,” Haskell later recalled in more than 40 hours of a recorded oral history. “Rubber factories was going full blast and they was hiring every one of us hillbillies that come into town. Thousands. When I first came here, they couldn’t get enough people.”

He said that he arrived on a Saturday and couldn’t find a room. “First night I was in Akron, I slept with two other guys. Strangers. There wasn’t any rooms. There was just not any you could get ahold of unless you was acquainted and knew how to look. Two of us had to stand out in the hall while the other guy undressed and got into bed it was so small.”

By Monday, he had a job at Miller Rubber. “Wages were pretty low,” he said. “I think I was makin’ 56 cents an hour. It was better than 60 cents a day, I’ll tell you that. That’s what I got around home.” 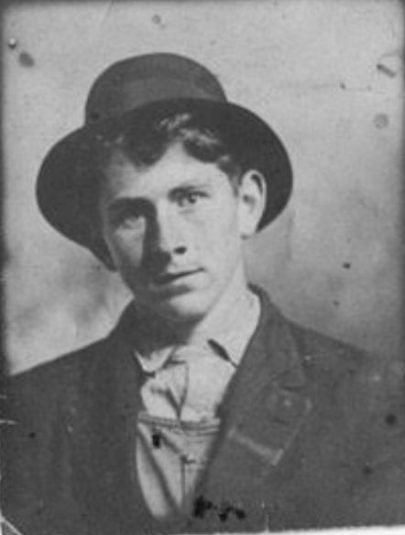 It was dangerous, too. “I’d worked about two or three weeks and a man got killed,” he said. “It was only about twenty feet from me. He got pulled into the machine. Some guy run a steel bar in between the rolls and cracked the machinery to get him out of there. But the poor guy died.”

When the company tried to assign the dead man’s job to him, Haskell refused, and was fired. Which was hardly a problem.

“I went over to Firestone, got another job, got examined, and was back in an hour and a half later to get my pay. Firestone and Miller was only a block apart. That’s how it worked in those days. You just walk out of one job, said ‘I want another one’ and the man gave it to ya’.”

As one of thousands of white Southerners in Akron, he was not alone in refusing certain work. Due to appalling conditions on both the factory floor and in acquiring suitable housing, recruiting and maintaining a workforce were not easy tasks. In her dissertation, “Industrial Voyagers: A Case Study of Appalachian Migration to Akron, Ohio, 1900-1940,” author Susan Allyn Johnson reported that one company reported hiring 642 new employees during one week of 1916, only to have another 652 quit. Another company, which employed 18,000 men on its production lines, was forced to employ 88,000 men over the course of a year.

After the first World War, recession, the Great Depression, and modernization of the factories, much of that workforce would be eliminated. At the bottom of the Depression, Akron’s industrial unemployment rate hit a staggering 60 percent. The national economy, with an unemployment rate of only 23.6 percent, looked almost robust by comparison.

But with a tenaciousness birthed in a hardscrabble childhood, my grandfather and thousands of other hillbillies held on, working part-time at the factories, taking odd jobs, or signing up for the Works Progress Administration before World War II created yet another employment boom.

By then, Haskell had moved on to a more important role. Beginning in 1941 and continuing throughout much of the war, he served as the last marshal and first chief of police of the neighboring village of Tallmadge, Ohio. On call 24 hours a day, seven days a week, he was required to supply his own uniform and gun, as well as his own police car.

As the sole member of the community’s police department, he established its first fire department, organized scrap drives, and received FBI training to help protect the wartime industry of Akron. Or, as a recent history of the city notes, “Police work in Tallmadge began in 1941 when Haskell Jones served as the lone officer and Town Marshal in the village of Tallmadge.” It would not be the last role he would perform in service to the community.

With the wartime influx of factory workers and post-war veterans looking to live in Tallmadge, the village rapidly grew into a city—which required major changes in municipal operations. As a member of Tallmadge City Council—first elected in 1949, then re-elected in 1953 and 1955—he helped define the infrastructure on which today’s modern city is built.

Improvements during his tenure included everything from paved roads (many of them built on an emergency basis), to new housing developments, mail delivery (but only after the houses were numbered), and the first shopping mall, first drive-in theater and first city bus service. The council also forced a water system through against voters’ wishes, and oversaw the installation of gas mains and a sewage disposal system. For the new city employees, it established paid holidays and sick leave, as well as a police pension fund.

In his later years, this hillbilly migrant who had grown up without so much as an outhouse was keenly aware of how far he’d come. “Now, I got along with no education because I came at a time when all they wanted was muscle,” he would observe. “But that time is gone, see. They need somebody that can think. In today’s market, I couldn’t’ve made it. I think about it: ‘Boy, you was lucky. You were a little bit smart a few times, but lucky all the time.”

The hillbillies did more than find a better life in Akron. They built it—on a foundation of independence, determination, pride in their heritage, and pride in their new home. In doing so, they created a modern, industrial Ohio, forever changing its culture, institutions, and people. And that could be the best hillbilly elegy of all.

Tom Jones is the author of On A Burning Deck. An Oral History of The Great Migration (Vols. 1 & 2) and Waldo Maccabees, a novelization of the ministry of Christ as viewed through the eyes of his dog.