Detail from the cover of a recent version of Monopoly. Photo by Sara Catania.

For decades, the story of Monopoly’s invention was a warm, inspiring, Horatio Alger narrative. A version of it, tucked into countless game boxes, told the tale of an unemployed man, Charles Darrow, who went to his Great Depression-era basement desperate for money to support his family. Tinkering around, he created a board game to remind them of better times, and finding modest success selling it near his home in Philadelphia, Darrow eventually sold it to the American toy and game manufacturer Parker Brothers. The game, Monopoly, became a smash hit, saving both Darrow and Parker Brothers from the brink of destruction.

The creation story is laced with persistence, creative brilliance, and an almost patriotic presentation of work ethic.

The problem is—it isn’t exactly true. What’s more, Monopoly’s origin story teaches us that innovation can be a complicated affair and that the “lightbulb” moment of how things get made is, in fact, sometimes a myth. (The scale of Thomas Edison’s own contributions to the invention so associated with his name, fittingly, is now debated.) In the case of Monopoly, the journey of American invention was less a linear path and more a messy room shared by several people. The game was, in fact, created in 1903—long before Darrow’s mythical basement revelation—by Elizabeth Magie, the daughter of an abolitionist who was herself a staunch anti-capitalist crusader. Magie created “Landlord’s Game,” the forerunner to Monopoly, not as a celebration of wealth but as a protest against the evil monopolies of the time.

Three decades before Parker Brothers and Darrow took credit for it, her game was embraced by a constellation of notable left-wing Americans of the time, as well as on various college campuses in the Northeast. ACLU chairman Ernest Angell played it, and so did Scott Nearing, a radical professor at Wharton, champion of academic freedom, and a father of the “green” movement. It flourished in Arden, Delaware, a tiny, utopian village founded by followers of popular political economist Henry George’s “single tax” theory, a belief system Magie was passionate about. Among the residents of Arden who embraced the game was Upton Sinclair, author of The Jungle, who corresponded with, and possibly met, Magie. 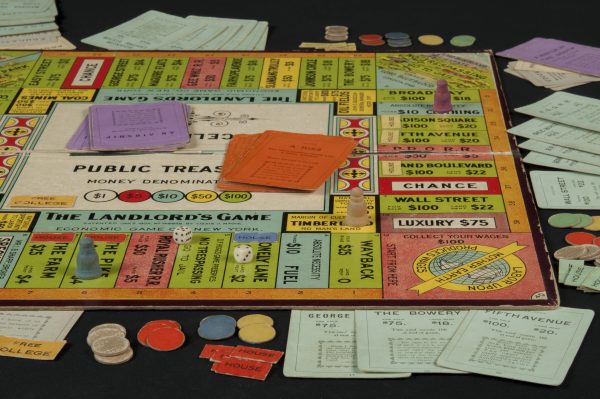 In the 1920s, homemade copies of Magie’s game found their way to what was then a flourishing Quaker community in Atlantic City. Quaker teachers in Atlantic City incorporated it into their teaching—with some modifications. Dice, associated with gambling, were discordant with their religious beliefs. The Quakers, practitioners of silence, also did away with the loud auctioning associated with the game, added fixed prices to the board, and modified it to be more child-friendly.

It was a version of this game—Magie’s Landlord’s Game with some of the Atlantic City Quaker modifications—that a friend taught Darrow to play. Darrow then sold it to Parker Brothers.

Darrow and Parker Brothers made millions for “creating” Monopoly whereas Magie’s income from the game was reported to be a mere $500. She died in 1948, having outlived her husband, with no children and few knowing of her role as the true originator of the game that became Monopoly. She had worked in Washington, D.C. in relative obscurity as a secretary and her income as a maker of games, according to the 1940 U.S. Census, was “0.” 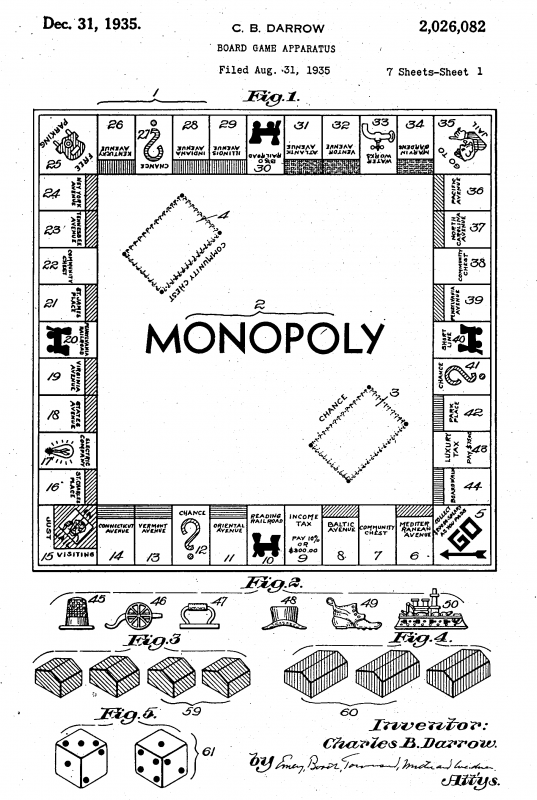 Magie’s story would have been lost if not for Ralph Anspach, an economics professor at the University of San Francisco whose legal battle over his own Anti-Monopoly board game in the 1970s unearthed the whole scandal. Anspach, today in his nineties and retired from teaching, and still selling his game, became a tireless detective of Monopoly’s origin story and spent a decade fighting for the right to talk freely about what he’d discovered. Although Magie and Anspach never met—Anspach was a child refugee of Danzig at the time Magie was close to dying—their fates became linked together unexpectedly. Anspach’s fate partially hinged on proving Magie was the inventor; Magie’s story would not have been told without a digger and advocate like him.

Over the five years it took me to research The Monopolists and in the two years since its publication, I’ve seen many a jaw drop as I told the tale of Monopoly’s lost inventor and her unlikely exhumation. The most common question is, “How did this happen?”

In Magie’s time, it was far too easy to suppress the voices of marginalized groups, including women. At the time she patented her game, she didn’t have the right to vote. The head of the U.S. Patent Office was actively discouraging women from applying for patents. Job opportunities were extremely limited and it was common in the press to talk about how “weak,” “delicate,” and “smaller-brained” women were.

The greater astonishment maybe isn’t just that Magie lived a life of a game designer and political thinker far before her time, but that any shreds of her story survived at all. In my research, I stitched together enough of Magie’s trail—newspaper articles, Census records, her own writings, photographs—to get a sense of who Magie was and what she was trying to say to the world. But it’s hard not to think of her peers in her time who left far less behind, including female branches of my own family tree. Their contributions were large, but often silent, an untold quantity of labor that helped build this country. History is full of Lizzie Magies, Quaker teachers, friends who share ideas, the kinds of people who help shape our world and go largely unnoticed for doing so. 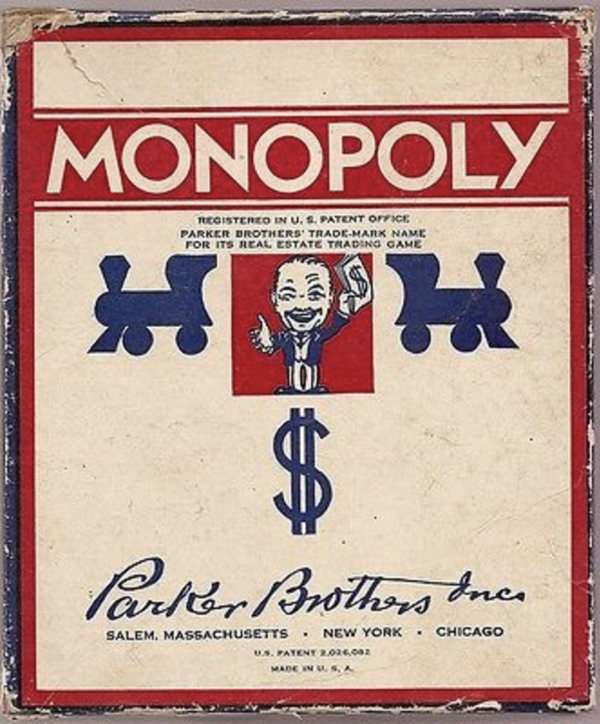 Cover of an earlier version of Monopoly.

The “light bulb” idea, and the Darrow myth, persist, in part because we want them to. On some level we all fantasize about a lightning bolt of brilliance hitting us. The instantaneous nature of that seems particularly American: fast food, fast cars, fast road to becoming an innovative—and wealthy—genius.

Part of the reason today’s incarnation of Monopoly is so fun to play is that it was tweaked from Magie’s original design for better play. The core of the game is Magie’s, but the Atlantic City properties, the fixed prices, and the graphics all helped make it better. In today’s era of selfies, being one’s own publicist on social media, and the egotism wrapped around one’s Twitter follower count, perhaps Monopoly’s creation story reminds us that together and connected, we are better. The “light bulb” narrative of invention, by definition, largely omits much chance for collaboration, a force that can be as vital for creation as the air we breathe.

Perhaps it’s always been more than a game, after all.

Mary Pilon is the author of The Monopolists, a New York Times bestseller about the history of the board game Monopoly, and the forthcoming The Kevin Show.