In 1973, when the Watergate hearings were at full pitch, word leaked to reporters that Richard Nixon’s White House counsel was going to release the president’s now-infamous “Enemies List”—an index of his 20 greatest political opponents.

Barry Kalb, who was covering the hearings for the Washington Star, contacted the lawyer representing the White House counsel. “I will never tell anybody where I got it,” Kalb pestered, “Have we got anybody on the list?”

The lawyer’s response was brief: “Mary McGrory.” Her name was last, highlighted with two stars and an asterisk.

The only things that usually get forgotten faster than yesterday’s newspapers are the people who wrote them. But McGrory, a trailblazing columnist first for the Washington Star and later the Washington Post, is a rare exception. I had the pleasure to know Mary during the 1990s, when I worked at the State Department, serving as an occasional source for her, and attending a few of her uproarious parties. Throughout her long career, she stuck it to politicians and other men in power with an innovative style and commitment to shoe-leather reporting. In the process, she shattered the inner sanctum of America’s cosseted opinion pages and pushed publishers to come to terms with a radical notion: that a woman could cover politics every bit as well as a man.

To understand why McGrory matters requires stepping back to when she broke into the business in the 1950s, a time when newspapers were still the dominant force in how the country thought about politics and the world. At the pinnacle of journalism stood a handful of men—and they were all men—astride the opinion and editorial pages of the major dailies. Their columns championed their pet causes and denounced what they viewed as wrongs. The influence of these self-appointed sages was enormous. Pundits like Walter Lippmann and Joseph Alsop at the New York Herald Tribune and James ‘Scotty’ Reston at the New York Times were syndicated in hundreds of papers across the country. They dined with presidents, and saw it as their duty to guide these leaders’ hands, holding sway over public opinion to a degree that is almost unfathomable today. At the same time, they adroitly trafficked in their roles as consummate insiders. Getting selective leaks and invitations to fashionable Georgetown parties often trumped the public’s right to know. 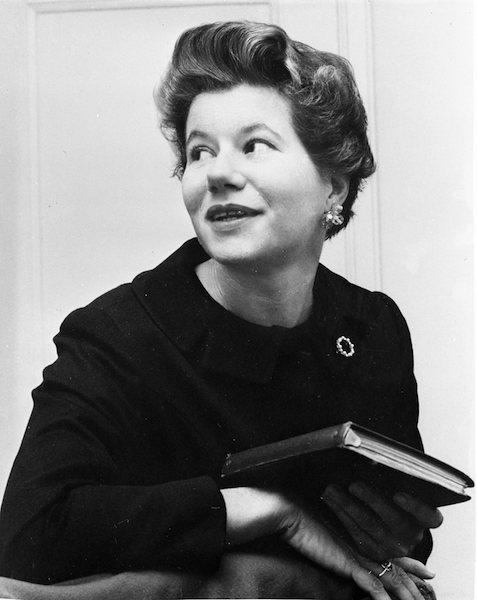 McGrory grew up in a lower middle-class suburb of Boston. Fascinated by journalism from an early age, she delighted in the comic strip Jane Arden, which detailed the exploits of a spunky fictional woman reporter. McGrory was the first in her family to graduate from college, and decided to become a reporter despite being told that this was an inappropriate career path for a “nice girl.” When she started as a columnist in the 1950s, getting married was widely seen as a fireable offense for a woman journalist, and women were banned from membership in the National Press Club.

The only reason she was able to break into covering politics (after long stretches in the book pages) was her sheer persistence. Her big breakthrough came when she was assigned to write columns for the Washington Star on the Army-McCarthy hearings in 1954. McGrory’s commentary rapidly became a national sensation because it was unflinching, irreverent, and funny. She went so far as to describe Army counsel Joseph Welch staring at Senator Joseph McCarthy “as a scientist might observe a new and unpredictable monster.” This was brave writing, at the height of the red scare when McCarthy destroyed the careers of scores of journalists and civil servants.

McGrory wrote about the foibles and hypocrisies of senators and presidents as comfortably—and as pointedly—as you might talk with your neighbors. A pair of members debated on the floor of Congress, “like two elderly polar bears negotiating the pas de deux from ‘Swan Lake.’” Efforts by a politician to restrain an underling were akin to “a small man trying to take a large dog for a walk.” Her friend and sometime-target Bobby Kennedy remarked, “Mary is so gentle—until she gets behind a typewriter.” 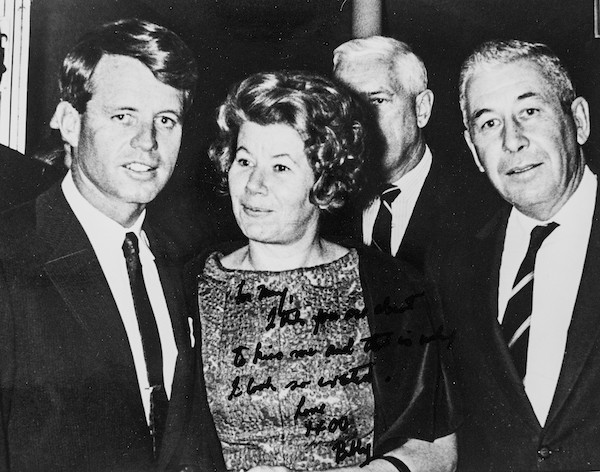 McGrory was quick to realize that with the advent of television, print reporters needed to offer a more granular exploration of politics if they hoped to compete. Rather than opine from their offices like the pundits of the day, she formed her opinions first-hand in hearing rooms and on the campaign trail. She assiduously avoided unattributed quotes or “insider” leaks, and felt what the man (or woman) on the street had to say was often as important as the words of government officials with fancy titles.

McGrory became a fixture of American political life, and every president who rose to power during her career as a columnist came to know her prose well. Lyndon Johnson tried (unsuccessfully) to woo her, both romantically and professionally, but was left to lament, “Mary McGrory is the best writer in Washington, and she keeps getting better and better at my expense.” Nixon ordered the IRS to audit her tax returns three years running. The first President George Bush confided in his journal, “She has destroyed me over and over again.”

For good and bad, McGrory made personality central to understanding American politics. Her lack of objectivity would make a journalism professor blush. She viewed the world through a lens of absolute right and wrong that made her writing burn with passion, but was so unforgiving that it undermined some of her most important personal relationships. “When Mary McGrory gets pissed off,” Anna Quindlen of the New York Times observed, “she is more pissed off than anyone. I expect her column to catch fire around the edges.”

McGrory never claimed to be perfect. She was known not only to lose car keys, but also entire rental cars. Her garden was a widely celebrated failure, as was her cooking. Technology of all forms baffled her. Her romantic life was disjointed, disappointing, and hidden from all those around her.

But no shortcomings diminished her mark on political journalism, which she made over five decades and 12 presidential campaigns. She authored more than 8,000 columns and won a well-deserved Pulitzer Prize for commentary in 1975, becoming the first woman to do so. Her work was syndicated in close to 200 papers across the country. Up to her death in 2004, following a stroke in the newsroom a year earlier, her long virtuoso performance was instrumental in felling barrier after barrier to women in journalism. 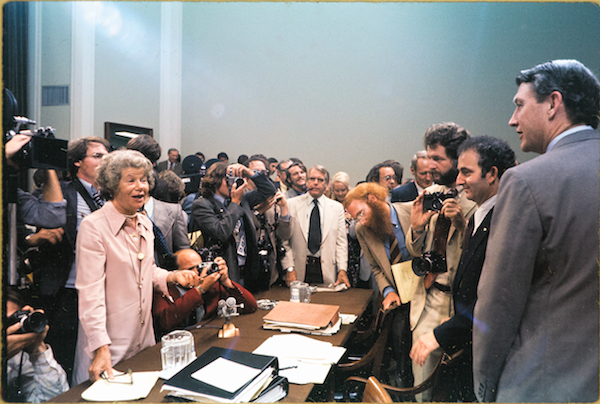 Without McGrory, coverage of American political life would be far less rich. She was willing to speak truth to power, even when it ensured that criticism would rain down upon her, from the McCarthy hearings to after September 11. Today, in a campaign season some have taken to calling a “post-truth election,” that is an example reporters would do well to emulate.

is the author of Mary McGrory: The First Queen of Journalism and a senior fellow at the Center for American Progress.