The 19-year-old Marquis de Lafayette had met only a handful of Americans when he signed up to join General George Washington’s army, but he felt certain that the people of the United States were as honorable as the cause of freedom for which they fought. Their idealism was intoxicating, and its hold on Lafayette reminds us of a time when the young United States seemed to promise a brighter future for all mankind.

Lafayette was hardly the only Frenchman of his time to view Americans in a virtuous light. The Comte de Ségur, one of Lafayette’s friends, wrote in his memoirs that a sense of admiration pervaded Paris when Silas Deane and Benjamin Franklin arrived in 1776 seeking support for the Continental Army. Ségur described “the contrast between the luxury of our capital, the elegance of our fashions, the magnificence of Versailles” and the honest, unaffected mien of the visitors from across the Atlantic. With their “almost rustic dress, simple but proud bearing, free and direct language, hair without preparation or powder,” the Americans had an “antique air” that made them seem like “wise contemporaries of Plato, or republicans from the time of Cato and Fabius.”

To Lafayette, whose rugged deportment and candid speech made him something of an outsider at the perfumed court of Versailles, the Americans in Paris seemed like men after his own heart. The Vicomte de Mauroy, a far more seasoned officer who crossed the Atlantic with Lafayette, tried to temper his enthusiasm—but his warnings fell on deaf ears. Lafayette reached Charleston, South Carolina, as optimistic as ever. Writing to his wife, Adrienne, on June 19, 1777, Lafayette described the United States as an idyllic land where “the simplicity of manners, the desire to oblige, the love of country and of liberty” were the dominant characteristics of the people, and where “sweet equality … reigns over all.” Lafayette’s first extended sojourn with an American community deepened these beliefs. After being wounded in the leg at the Battle of Brandywine on September 11, 1777, Lafayette was nursed back to health by the Moravian Brethren in Bethlehem, Pennsylvania. He came away touched by “the gentle religion” of his hosts, whom he saw as an “innocent family” that managed to maintain its “community of goods, education and interests” despite the devastating war around them. 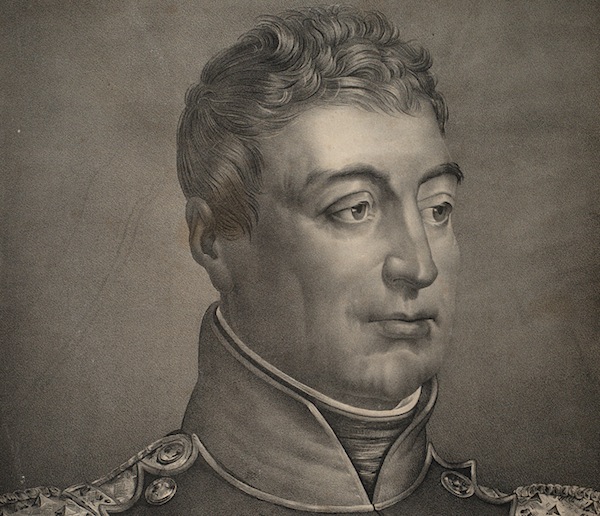 Lafayette developed a more nuanced understanding of Americans in the months that followed. Living, training, and fighting alongside George Washington—a mentor he’d come to consider his adoptive father—Lafayette suffered from the deprivations that were plaguing the Continental Army. In the winter of 1777-1778, he froze at Valley Forge while political disputes and disorderly systems prevented much-needed supplies from reaching Washington’s soldiers, and he even found himself the unwitting pawn of a cabal that aimed to oust Washington from his command. The scales were falling from his eyes, and Lafayette recognized there were “open dissensions in Congress” and “parties who Hate one another as much as the Common Enemy,” as he wrote to Washington. In short, Lafayette saw that Americans, like the rest of humankind, were imperfect.

After the American victory at Yorktown in 1781, most of the French officers who fought in the War of Independence returned to the careers they had left behind, but Lafayette—who had no career to reprise—made America his life’s work. His townhouse on the rue de Bourbon in Paris became a center of American sociability: the Jeffersons, the Adamses, and the Franklins were frequent guests at Monday dinners that included Lafayette’s children—George Washington Lafayette, and his daughter, known as Virginie in honor of the American state. A gold-engraved copy of the Declaration of Independence hung on the wall of Lafayette’s study, and American plants climbed his terrace. So fully was he identified with the United States that, in 1787, the explorer John Ledyard wrote that Lafayette “has planted a tree in America, and sits under its shade at Versailles.”

Lafayette’s commitment to America was more than symbolic. Determined to serve as the new nation’s foremost advocate in France, Lafayette set out to promote friendship and trade between the two nations. He surveyed American merchants and French manufacturers, and advised ministries from both countries, eager to play matchmaker. For instance, recognizing that the finest French goods would appeal only to a select few Americans, Lafayette wrote that “the less refined manufactures will be closer to American taste,” and suggested that French producers might cut costs and gain customers “by simplifying our methods.” Knowing that Americans preferred a straightforward style not only in their goods but also in their dealings, Lafayette averred that the French way of doing business “has driven American trade away.” Articulating a sentiment that he must have heard many times over, Lafayette added that “the intricacies of our regulations are even more annoying than their cost.”

Lafayette sometimes objected to decisions made by the United States but, bound by a sense of loyalty to his second country, he voiced these disagreements only to Americans. As he put it in a 1784 letter to John Adams, “it Has Ever Been My duty and inclination to Set up in the Best light Every thing that is done By a Body of Americans. … Had I Amendments to Propose, it Should Be in America, and not in Europe.” In this case, Lafayette was writing about a comparatively minor issue—the by-laws of the Society of the Cincinnati, a hereditary organization founded in 1783 by the officers who had served under Washington—but he applied the same discretion in all matters.

Lafayette differed most substantively with his American friends on the question of slavery. Although he refrained from criticizing the American practice while in France, Lafayette publicly signaled his disapproval on several occasions throughout his long life. During a 1784 visit to the Virginia House of Delegates, Lafayette made a plea that the state might provide the world with “proofs of its love for the rights of all of humanity, in its entirety.” Given that the Delegates had, on that very day, received two pro-slavery petitions, the implications of Lafayette’s words could not have been mistaken.

Lafayette proudly referred to himself as a citizen of the United States (although he was not officially granted that honor until 2002), and to him being an American meant being capable of—indeed, dedicated to—constant improvement, innovation, and experimentation. As France hurtled toward its own revolution in 1789, Lafayette wrote to Thomas Jefferson explaining why, in his opinion, France should not attempt to follow in America’s republican footsteps. Americans, he wrote, enjoyed “the advantage to work a new ground, uninfluenced by all the circumstances which in Europe necessitate calculations very different.” Europeans, in contrast, had lived in a state of corruption for so many centuries that they could not easily be extracted from it; France needed a constitutional monarchy to guarantee its liberty.

This refusal to endorse a French republic infuriated Lafayette’s more radical countrymen, who saw it as incompatible with his vaunted love for the United States. But Lafayette perceived no contradiction. In his view, only Americans were in a position to create a new, more virtuous society, in an unspoiled land where all things were possible. It’s little wonder that he’d wanted in on the unique opportunity.

is dean of the School of Undergraduate Studies at The New School, in New York, and author of The Marquis: Lafayette Reconsidered.