Early in 1865, in the city of New Orleans, a newly freed woman named Rose Herera made a startling allegation. She told a local judge that her former owner’s wife, Mary De Hart, had abducted three of her children and was holding them in bondage in Cuba. She wanted De Hart prosecuted for kidnapping, and she wanted her children back.

In histories of slavery, we often hear about people who wanted to be free. But Rose Herera and countless other men and women in the throes of emancipation sought more than freedom. They sought justice. An elusive dream, justice meant seeing former owners punished for their misdeeds. It meant reuniting shredded families. It meant getting paid for years of unrequited toil. It meant gaining civil and political rights. Without justice, Rose Herera could not feel truly free.

Rose Herera’s quest for justice reveals the vast gulf between abolition and emancipation. It was one thing for the Union to overthrow slavery in law and practice during and after the Civil War. It was another for ex-slaves to enjoy the experience of freedom. Paying attention to stories like Herera’s can help us to see the wrinkled human face of what Abraham Lincoln called America’s “new birth of freedom.”

Too many of these stories are unknown, because their subjects were ordinary people who did not make much of an impression upon history. Rose Herera used to be one of them. But luckily, I stumbled across her story tucked away in an obscure Senate report, published in 1866, about a rumor that black people in the South were being kidnapped and sold into slavery in Cuba.

Even though I am a professional historian of 19th-century America, I had never heard of this rumor, or Rose Herera, but the report piqued my curiosity and I wanted to learn more. So I began my own quest to track Rose Herera’s life, and the fate of her children, across sacramental registers, bills of sale, newspaper ads, city directories, court minutes, lawyers’ effects, and dead letters in Washington, New Orleans, and Havana.

A few scraps of archival detritus make it possible to discern the bare skeleton of Rose Herera’s life. Rose-her baptismal record offers no last name at birth, no father-was born into slavery in the rural parish of Pointe Coupée in Louisiana in 1835. She grew up in a creole world of cotton, Catholicism, and cruelty. When she was a teenager, her owner sold his plantation and moved downriver to New Orleans, taking Rose and several other slaves with him to the febrile city. 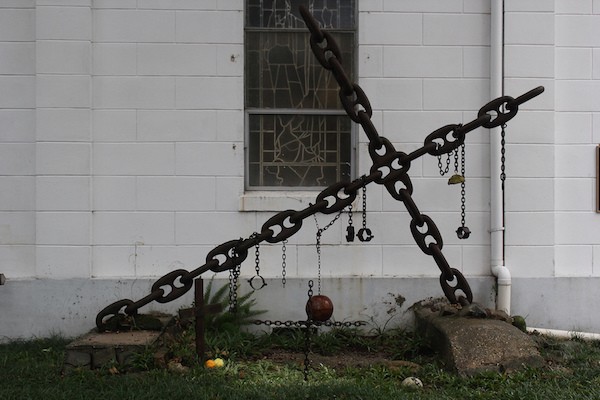 The Tomb of the Unknown Slave, at St. Augustine’s Catholic Church in New Orleans

To pay off stubborn debts, Rose’s owner sold her and the others, including Rose’s mother, in the local market after the Panic of ’57. These transactions were meticulously recorded according to the law; the bills of sale can be found in the Notarial Archives in New Orleans among thousands of well-indexed documents that testify to a commerce in humans as routine as it was brutal. The City Directory, the phonebook of its era, listed “Slave Dealers” in alphabetical order. Glib ads for the sale of people streamed down the columns of the newspapers. One for Rose called her a “good washer and ironer.”

Rose was sold four times from 1857 to 1861, finally ending up in the pocket of a dentist named James De Hart, one of thousands of European immigrants who boosted the free, white population of New Orleans before the Civil War. Assimilating to his new land, De Hart purchased Rose and her two children on the eve of Louisiana’s secession from the Union. Rose was pregnant at the time, and when her daughter Josephine was born, she, too, became De Hart’s property. This is how slave owners accrued capital gains.

Rose’s children appear in the notarial records as if by spontaneous generation, without a father. The hidden reality was that some time after arriving in New Orleans, Rose met a free man of color named George Herera. They were married by a Catholic priest in the city, but their marriage had no legal force, and the church has no record of it. Still, they had five children together, and after George died of tuberculosis in 1864, Rose clung to his Spanish surname, Herera.

Buying Rose and her children catapulted the De Harts into masterhood. They owned no other slaves; indeed, they owned little else. Their main assets were Rose and her children. Unfortunately for the De Harts, their timing was terrible. Secession led to war, and war to emancipation. Yet this progression was not inevitable or uniform. There was much local variation. In New Orleans, for example, slavery’s demise did not come through the vaunted Emancipation Proclamation, which only covered slaves residing in rebel-held territory as of January 1863.

Captured by Union forces in the spring of 1862, the city was exempted from the Proclamation’s grasp. Slavery crumbled there anyway through what President Lincoln called the “friction and abrasion” of war, or more precisely, resistance by enslaved and free people of color in concert with sympathetic Union soldiers. A black and blue alliance. To escape Union retribution and confiscation, James De Hart fled to Cuba in the fall of 1862, leaving his family and slaves behind.

At the very moment that Lincoln signed the Proclamation, New Year’s Day 1863, Rose Herera (and her infant son) sat in jail, where she had been incarcerated in mid-December on assault charges. While Rose was locked up, Mary De Hart visited her several times to press her to go to Cuba, but Rose refused to play the role of the faithful slave. She would not go. Finally, in mid-January, De Hart boarded a steamship bound for Havana with three of Herera’s children-Ernest, Mary, and Josephine-over the protests of Rose’s husband and mother. Slavery was still legal in Cuba.

Precisely two years later, Mary De Hart returned to New Orleans to visit her friends. The war was drawing to a close. A new “free state” constitution had abolished slavery in Louisiana and was being put into effect by a Union army that now included thousands of black soldiers. In this revolutionary moment, Rose Herera turned the tables on her former mistress by accusing her of kidnapping and demanding the return of the children. Like so many other newly freed people, she seized the opportunity to try to reunite a family shredded by slave owners. What set her ordeal apart was merely that her children had been smuggled to Cuba.

Getting them would not be easy. For one thing, Rose’s charge had no basis in law. A slave owner could not kidnap her own slaves, and because the Emancipation Proclamation didn’t apply to New Orleans, the Herera children still belonged to the De Harts when they were taken to Cuba. The case was summarily dismissed from a civilian court, but that was not the end of it.

The Union army throughout the South operated military courts, known as provost courts, which heard cases involving newly freed people on the assumption that they could not get justice elsewhere. The case of U.S. v. De Hart was tried in one of these provost courts. Not only was Rose Herera able to get a well-connected lawyer to help her, but she was allowed to testify in court against her former mistress. That in itself was a revolutionary act.

Mary De Hart’s trial took place in April 1865, in the shadows of far more Earth-shattering events. It deserves a place in our history, too, for it dramatizes and humanizes the dynamics of law and justice for newly freed people in the era of emancipation. It raises the question of whether masters could ever be held to account for what they had done to their human property.

The answer, in this case, was yes and no. The Union commander in New Orleans, who had the final say, decided that Mary De Hart could not be found guilty of kidnapping under the law. Still, determined to find her guilty of something, he concluded that she had violated the spirit of Louisiana’s own slave code, which prohibited enslaved mothers from being sold apart from their children.

This highly strained and deeply ironic judgment was not the end of the story. It was soon reversed by a new, more lenient commander who allowed Mary De Hart to return to Havana upon the promise of restoring the children to their mother. The promise had not been fulfilled when the 13th Amendment abolishing slavery in the United States was ratified at the end of 1865. The children remained enslaved in Cuba, where they soon became entangled in an international scandal over human trafficking.

That scandal is another story. For now, it is enough to reflect on the gulf between abolition and emancipation. Slavery ended in the United States, yet Rose Herera’s children found themselves beyond freedom’s reach. Their predicament shows the lengths to which slave owners would go to hold onto their human property and the difficulty that ex-slaves faced in winning justice. But Rose Herera did not give up. Today, her dogged quest to recover her children should inspire us anew to seek justice and, finally, achieve emancipation.

is an associate professor of history at Georgetown University and the author of Beyond Freedom's Reach: A Kidnapping in the Twilight of Slavery.

abolition, cuba, emancipation, slavery, what it means to be american