An 1873 promotional poster that offers a “gift for the Grangers.” Courtesy of the Library of Congress/Wikimedia Commons.

Perhaps you’ve seen them on a leisurely weekend drive through the countryside—small white structures with the sign “Grange Hall.” Although the Grange is now a mere shadow of its former self, its legacy looms large in American history. As one of the largest grassroots movements in 19th-century America, the Grange left a broad imprint, including laws that still undergird modern governmental regulation of private enterprise.

Minnesotan Oliver Hudson Kelley, along with several colleagues, formed the Grange shortly after the Civil War to give farmers a powerful collective voice at a time when Gilded Age capitalists were amassing huge fortunes. At its peak in the mid-1870s, the organization boasted nearly a million members. Subordinates sprang up in Canada as well as in every U.S. state, with about half of Grangers residing in the Midwest.

Kelley himself grew up in Boston but moved to Minnesota in 1849, where he joined the state’s first Masonic Lodge. He bought land near the headwaters of the Mississippi River and established the first Minnesota agricultural society in 1852. His personal farm operation collapsed shortly thereafter, in part because Kelley invested in a real estate venture that went bust in the Panic of 1857. After drought destroyed much of the rest of his holdings, Kelley moved to Washington in 1864 to serve as correspondent for the St. Paul Pioneer Press as well as clerk in the Bureau of Agriculture.

Months before President Andrew Johnson formally declared an end to the Civil War, he sent Kelley to inspect the ravaged rural South. Although the South bore the brunt of the war’s devastation, he saw that farmers across the nation were suffering, especially when compared to emerging business titans. Later, many farmers experienced setbacks during the massive financial panic of 1873. What is more, the nation’s return to the gold standard after its experiment with greenbacks during the war meant precipitous price declines and financial uncertainty, which adversely affected indebted farmers.

The time was ripe for unification. Kelley’s Masonic background gave him entrée into both Northern and Southern households and suggested a structure for the new association. Although the Grange founders set up a temporary national headquarters, they intended the organization to grow from the ground up, similar to the Masons, with the fundamental building block a “subordinate” comprised of at least 13 initial members. Each subordinate was to have at its helm a “Worthy Master.” Kelley and his companions envisioned an eventual web of subordinates spun across the nation, combining to form larger county- and state-wide Granges.

The beginning was rocky, as Kelley’s initial attempts to organize subordinates on his own mostly failed. He then hit upon a surefire formula: send a paid recruiter to obtain an introduction to a leading farmer, win over the farmer by stressing the practical benefits of the Grange, and enlist the farmer’s help in signing up his neighbors. By 1874, the number of subordinates had climbed to 21,687, and only Rhode Island had no State Grange.

The goals of the new society were lofty. Its Declaration of Purposes states: “We propose meeting together, talking together, working together, buying together, selling together, and in general acting together for our mutual protection and advancement …. [S]ectionalism is, and of right should be dead and buried with the past …. In our agricultural brotherhood … we shall recognize no North, no South, no East, no West.” Like the Masons, the Grangers wore special regalia, established a hierarchical series of degrees, and conducted a portion of their meetings in secret rituals. Kelley viewed degree work partly as a way of educating farmers. Each degree required candidates to listen to lectures about morality, and focused their attention on tools and symbols to remind them of lessons learned.

The Grange was notable for its inclusion of women, which was quite unusual for a 19th-century organization. The first chaplain for the Grange, Aaron Grosh, thought females would elevate the tone of meetings. Echoing Ole Rolvaag, author of the classic pioneer saga Giants in the Earth, Grosh also worried about farmer wives ending up in the lunatic asylum if they didn’t get out of the house more. Oliver Kelley’s niece, Caroline Hall, offered another viewpoint: she suggested that women would add stability to the Grange because they would undertake all the routine work.

One goal of the Grangers, who were also known as “Patrons of Husbandry,” was mutual self-reliance that would free farmers from middlemen and monopolies. Group-owned mills, elevators, and warehouses flourished for about a decade. Cooperative buying and selling of commodities succeeded for much longer. In looking through a century’s worth of documents of the Minnesota Grange #398 (the Minnehaha), I discovered that the chapter bought apples, sugar, and cheese jointly for decades, and a cheese committee remained in place until World War I. The well-known “Got Milk?” campaign, originally started by California milk processors, is a descendant of the way Grange members cooperated. 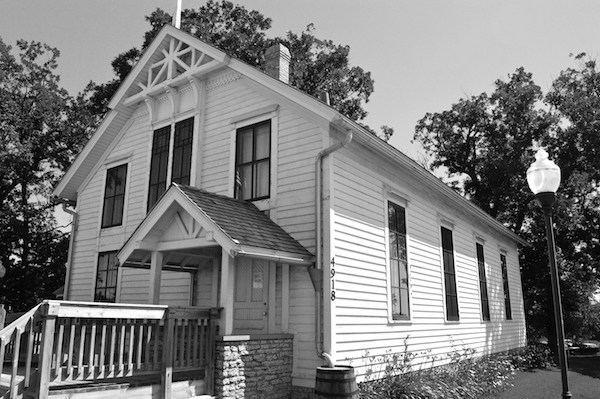 The Minnesota Grange #398 (the Minnehaha). A new Grange organization now offers yoga classes in the building. Courtesy of Jenny Bourne.

The Patrons of Husbandry left perhaps their greatest legacy in a series of lawsuits known as the Granger cases. The lead case of Munn v. Illinois concerned a grain warehouse; the other five cases involved railroad companies. The lawsuits acquired their name from the perception that farmers, particularly Grangers, had pressured Midwestern legislators into passing laws to prevent powerful businesses that stored and transported agricultural products from charging monopoly prices to small farmers. These businesses in turn brought lawsuits to challenge the constitutionality of the statutes.

In this significant series of rulings in 1877, the U.S. Supreme Court decided that any business “clothed with a public interest,” such as a railroad, could be regulated by the state for the public good. This was a major departure from previous law, which had tended to enshrine the autonomy of private enterprise. The Granger cases have served as important precedents in landmark opinions on topics ranging from minimum wage, rent control, and environmental regulation, to birth control and lunch-counter sit-ins.

As a side note, the private firms involved in the Granger cases argued that the new laws deprived them of property without due process. Ironically, big businesses, not civil rights proponents, were thus the first parties to invoke the recently enacted 14th Amendment.

Despite the heady successes of the 1870s, many Grange cooperative endeavors failed due to a lack of capital and management expertise. The Iowa State Grange bought a patent on a grain harvester and built its own assembly plant, for instance, but it couldn’t fill orders fast enough and eventually went bankrupt. And when Grangers attempted to deal directly with Cyrus McCormick on favorable terms, he acerbically responded that he would be glad to dispense with his field agents if farmers would set up their own harvesters without expert help and would pay cash. In short, the Grangers discovered that the cursed middleman performed useful services.

These setbacks caused the Grange movement to lose steam in the waning years of the 19th century. Because the Grange was established as an apolitical entity, many farmers turned to organizations like the Farmers’ Alliance and the Greenback Party, which became politically active on behalf of agricultural interests. By far the most successful of the post-Grange agricultural associations is the Farm Bureau, which grew out of the extension education movement that originated in land-grant colleges. Some have characterized the Farm Bureau as a powerful farm organization but not clearly a farmer organization like the Grange.

The early Grange emphasized a commitment to education, community service, and fraternalism as well as economic self-sufficiency, and these features have kept the Grange from going completely extinct. Many of the Minnehaha Grange meetings between 1873 and 1985 were devoted to local agriculture although, amusingly, the members did not come to closure on the critical question of whether a potato should have one eye or two. But often the gatherings focused on larger issues, such as the admission of women to the University of Minnesota, the shortage and low pay of public school teachers, the need for Minnesota senators to support FDR’s emergency bank bill (FDR was the first president who was also a Granger), and the admission of China to the United Nations.

That spirit continues today, even though national membership is estimated at only about 160,000. The Oliver Hudson Kelley Grange, which now meets in the Minnehaha Grange hall, offers yoga classes and book groups, sponsors community cleanup events, and recently held discussions on female leadership and sustainable food production.

And the Grange influenced many later grassroots programs. It created a template for other farm organizations with its use of paid recruiters, its emphasis on education, and its inclusion of women. The Grange’s Declaration of Purposes resonates strongly in a similar document put forth by the Knights of Labor, the largest and one of the most important labor unions of the 1880s. Grangers influenced at least two political movements: the Anti-Monopoly Party and the Populist Party. One might even view the Occupy Wall Street movement and its spinoffs as modern-day examples of Grange-like enterprises.

Perhaps most important, the Grangers as a group constituted one of the first and strongest voices questioning the hazards of extreme wealth inequality for American society. As the organization’s declaration of purposes states: “We desire a proper equality, equity, and fairness; protection for the weak, restraint upon the strong; in short, justly distributed burdens and justly distributed power. These are American ideas; the very essence of American independence.”

Jenny Bourne teaches economics and economic history at Carleton College. Her book about the Grange is entitled In Essentials, Unity: An Economic History of the Granger Movement.