Long before Hawaii was a U.S. state, it was a Pacific nation.

Though the U.S. has only recently embraced a shift from emphasizing its relationships across the Atlantic to those across its western shores—see the rise of China, the Pivot to Asia, the idea of a “Pacific Century”—it’s worth remembering that America’s 50th state has had close connections in the Asia-Pacific region for centuries. This long history of trans-Pacific partnerships has profoundly shaped, and continues to shape, the islands’ economy, culture, government, and society.

Hawaii’s connections with the people of the Pacific began at its discovery likely between 1000 and 1260 A.D., when canoes filled with Polynesian voyagers first found the resource-rich archipelago that had never previously been inhabited. There were very likely return voyages to the Marquesas and Tahiti over the next centuries, but changing wind patterns in the Pacific later made travel difficult—leaving Hawaiian settlers in total isolation from the rest of the world for hundreds of years.

By 1778, when Captain Cook’s expedition of discovery in the Pacific Ocean came upon Hawaii, it found a complex civilization with several competing states, large stone religious monuments, a highly differentiated class of chiefs, and more than 400,000 people living well above subsistence. What they also discovered was a place that could facilitate commerce in the Pacific by providing safe harbors, services, and seamen.

European and American ships started by opening up trade in harvested sandalwood (which grew in many of the islands’ forests) between Hawaii and the Port of Canton in China. By the 1830s the export wound down as stocks of sandalwood were exhausted. But Hawaii continued to be a hub of international commerce—first as the center of the Pacific whaling industry, where it provided services to American ships and crews, and then as a major player in the booming sugar trade.

Hawaii’s connection to Asia didn’t end with commerce either. As epidemics of Western diseases swept the islands—reducing the native Hawaiian population by 85 percent or more—plantation owners and the Hawaii government brought in hundreds of thousands of Chinese, Japanese, Korean, and Filipino contract laborers between 1850 and the early 1900s to produce sugar cane and canned pineapples for export. After the U.S. forcibly annexed Hawaii in 1898, many of these workers decided to stay. By the 20th century, those of Asian descent became and stayed the island’s largest demographic. Their Asian cultural heritage remains strong in today’s Hawaii. Many children continue to learn Korean, Chinese, Japanese, Tagalong, and Ilocano at home and in special language schools. Buddhism remains one of Hawaii’s major religions, and cultural events, community associations, and Asian restaurants still bind communities together.

American laws initially discriminated against these recent arrivals by prohibiting new Asian immigrants from obtaining U.S. citizenship. This made it hard for them to obtain positions in the local territorial government or with federally-sponsored construction projects. Surprisingly, it was in the aftermath of the December 1941 attack on Pearl Harbor that the next generation of Asian-Americans, particularly Japanese-Americans, gained a foothold. Xenophobic distrust led the U.S. government to round up tens of thousands of Japanese-Americans into internment camps on the mainland. But in Hawaii, where Japanese-Americans made up over a third of the population, mass internment would have meant economic disaster. Though over 2,000 people of Japanese descent were interned on the islands (of a 1940 population of 158,000), a higher number helped fill the ranks of more than 33,000 Japanese-Americans that served in the U.S. military during World War II, including the 442nd Infantry Regimental Combat Team and the 100th Infantry Battalion that fought heroically in Europe. Some of those that returned became important players in island politics (longtime U.S. Senator Daniel Inouye, for example) leading up to and after Hawaii became the 50th state. The war also re-oriented the island’s entire economy towards supporting U.S. soldiers in the Pacific theatre. Hundreds of thousands of military personnel and civilians came to Hawaii during the war, but most left after it ended. 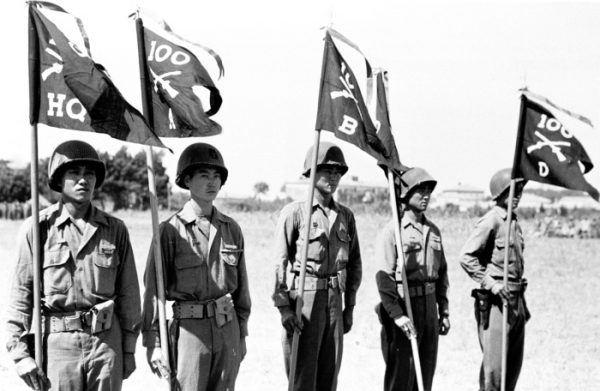 Although work disappeared after the war, new technology was about to open up a major new way in which Asia would sway the islands’ economy: Tourism. The introduction of commercial jet aircraft service in the late 1950s not only lessened the cost and the travel times to Hawaii from the U.S. mainland, but also from Hawaii to Japan. Just as American tourists flocked to Hawaii as an island paradise vacation, when Japan lifted outbound travel restrictions on its citizens in 1964, many chose Hawaii to holiday, get married, or honeymoon. And with the foreign tourists came foreign investment, mostly from Japanese businesses pouring money into the tourism industry—hotels, tours, transportation, travel services—and into real estate.

In 1997, over a third of the 6.7 million annual tourists who visited Hawaii came from Asia, including 2.2 million from Japan. The link would be hit hard when, in the ‘90s, the post-war economic boom ended in Japan and the country sank into a series of recessions, banking crises, and depressed housing and stock markets. Unsurprisingly, the Hawaii economy also suffered from delayed reverberations of Japan’s “lost decade.” Tourism declined, foreign investment tanked. The downturn slowed the Hawaiian economy, which grew by just 1 percent between 1990 and 2000 while the rest of the U.S. economy was booming. Even after Japan recovered, tourism was slow to bounce back to the thriving levels of the ‘70s, ‘80s, and ‘90s (only 1.2 million Japanese tourists came to Hawaii in 2009, about half the 1997 peak) and has only recently recovered—though observers note that inflation-adjusted visitor spending is not much above levels in the boom days.

Just as Japanese travelers transformed the tourism industry in the late 20th century, many business and political leaders now question whether an expected increase in tourists from China may bring similar changes. To date, the boom has not materialized—the number of travelers to Hawaii has grown at a slower rate compared to other American and global destinations (about 39,000 in 2009 to 180,000 in 2015). But, assuming the relationship between China and the U.S. remains stable, some forecasters suggest that the islands could see 1 to 1.5 million Chinese tourists annually in the 2020s and 2030s.

Although Hawaii’s ties to Asia began with booming trade in the 1800s, its links to Asian markets today are relatively small. The Hawaii manufacturing industry focuses largely on domestic markets, and its products make up less than 0.05 percent of U.S. exports. Gone are the days when it exported one of the most important global commodities, sugar. Hawaii’s largest manufactured export in 2015 was bottled deep ocean water—including branded beverages like Kona Deep and MaHaLo. Packaged cocoa, farmed shrimp and prawns, Kona coffee, macadamia nuts, papayas, and other agricultural products also make their way to shelves in Asia-Pacific markets—but these are more niche items than everyday staples.

Hawaii’s market for secondary education for students from well-off Asian families has—like tourism and trade—stumbled in recent decades. Hawaii Pacific University, which historically catered to international students from East Asia with programs for non-native English speakers and a large Asian-American student body, has seen its international enrollment tumble. Similarly, foreign students now make up less than 6 percent of undergraduate enrollment at the University of Hawaii (compared to 10 percent in the University of California system), which rose to prominence in the 1970s and 1980s partly because of its Asia-focused history, literature, religion, philosophy, economics, business, and law programs.

But, as the U.S. is emphasizing its new pivot to Asia, Hawaii is preparing for expanded ties with economies around the Pacific Rim. The University of Hawaii, for example, continues to emphasize education, research, and conference programs focused on East and Southeast Asia. The state is also positioning itself to be a destination for international meetings—a beautiful, peaceful, and multicultural converging point for the increasing number of international summits that draw participants from North America, East Asia, and Oceania. Success so far has been somewhat measured, but Hawaii did draw worldwide attention when it hosted heads of state and delegations from 21 different countries for the 2011 Asia Pacific Economic Cooperation Summit. And it hopes to do more as America continues to pursue diplomatic, trade, business, and military ties with its Far East neighbors.

After two centuries of being shaped by the powerful continents it lies between, people in Hawaii understand that their Aloha state may be the best bridge between nations, cultures, and economies for the coming Pacific Century. Their challenge now will be to provide that bridge without forgoing their Hawaiian and American identities too.

This essay is part of a Zócalo Inquiry, Is Hawaii Guiding America into the Pacific Century?