I want to argue that Americans are risk-takers, Jack Hitt, author of Bunch of Amateurs: A Search for the American Character, told the crowd at the Smithsonian’s National Museum of American History. But some days, “I wake up on the wrong side of the bed, and I think we’ve become a nation of worry-warts” who dress our kids in kneepads and helmets. Hitt was moderating a wide-ranging discussion—that covered entrepreneurship and jazz music, parenting and travel—on whether risk-taking is an essentially American trait. Turning to Grammy Award-winning jazz pianist and composer Arturo O’Farrill, Hitt asked what risk-taking looks like in American music: Is it Lady Gaga’s costumes? Or was Miles Davis “the last great risk-taker?”

How do you know, asked Hitt, when a musician is taking a risk?

Musical risk-takers care about what their listeners want, but they don’t dumb their music down, said O’Farrill. They don’t try to affirm trends or to be “musical wallpaper.”

What about the rest of us—how can you tell when we’re taking risks, and who’s doing that in America today?

Bloomberg View columnist Megan McArdle, author of The Up Side of Down: Why Failing Is the Key to Success, offered her personal story of risk: She went to business school because it was “the safe thing to do.” But graduating into the recession, she couldn’t find a job. So she started a blog and became a journalist instead—much to her parents’ dismay. Her father even asked her to do a cost-benefit analysis, which was particularly dispiriting.

Yet people continue to take risks in the face of discouragement. There’s innovation all over America, said McArdle. You see it in Silicon Valley, of course. But you also saw, in the midst of the recession, guys who went around proffering their services in screwing in light bulbs.

Americans are descended from people who “screwed up” somewhere else and decided to make a fresh start in a new country, said McArdle. “We are really, really good at taking economic risks,” she said—and at picking up after failing. But many of us have forgotten this, particularly when it comes to how we’re raising kids today. By grooming kids for success from preschool on—and by not giving them freedom to fail—we’re “ruining the best thing about America and America’s economy,” said McArdle.

This isn’t limited to our kids. “We’re at a particular time in our culture,” said documentary filmmaker and Adventure Divas and Globe Trekker host Holly Morris. Travel used to create magic from chaos; the greatest travel moments, she said, “have come from things going wrong, forcing you to take risks and do things you normally wouldn’t do.” Today, we live in a completely wired world; it can sometimes be impossible to even get lost in a foreign place.

Does American culture treat failure differently than other cultures?

Yes, said McArdle: “America has by far the most generous bankruptcy laws in the world.” Both Colonel Sanders—who founded KFC at age 65—and Nolan Bushnell, who founded both Atari and Chuck E. Cheese, created companies that failed. By contrast, she recalled interviewing a Danish entrepreneur who had spent 10 years struggling with debt. In many European countries, she said, the attitude is that if you get yourself in trouble, you have to deal with the consequences. In America, you get another chance.

O’Farrill said that failure has been a part of jazz music history from the beginning. When Louis Armstrong started scat singing, his contemporaries thought it was noise. “I think failure is incredibly important,” said O’Farrill. By the end of every practicing session at the piano, he feels “humiliated, defeated”—and ready to do it all over again.

So how can you tell the difference between risk-taking and idiotic failure, asked Hitt.

“If you survive it,” said Morris.

It’s not as simple as learning from your mistakes, however, or good planning, said McArdle. New Coke was the most market-tested product in history. Research said it was “the best thing ever.” But “it lasted 180 days and almost killed the company,” she said.

You can’t take risks because someone tells you it’s safe, or because other people are taking the same risk, said McArdle. You take risks because you’ve looked at the risk, understood it, and decided the potential payoff is worth it.

But “going down in flames,” said Hit, “is kind of glamorous.” What about just being kind of crummy?

That’s valuable, too. “We don’t place enough premium on creativity,” said O’Farrill. “We place a premium on replicating models of success.”

“You’ve got to give yourself permission to suck,” added McArdle.

It’s easy to get scared of failure and intimidated by others’ successes in any pursuit. Morris said that it’s important to keep in mind that, at least when it comes to writing, what we read from any other author is the last draft—not everything that came before it.

In the audience question-and-answer session, the panelists were asked about how to deal with the costs of failure: “How do we allow for small failures while guarding against catastrophic ones?”

“This is a super-important problem,” said McArdle. Failure needs to have costs; otherwise, people will take dumb risks. But you don’t want those costs to be too expensive. Good costs, she said, should be “relatively certain” and “relatively swift.” Our prison system is “the worst part of the way we handle failure in our society,” she said. One innovative probation program places offenders in jail every time they violate their probation—but just for three days. You aren’t pulled out of the workforce, but you do face a consequence, and one that’s not up to an individual officer’s discretion. “It’s not about saying, ‘You didn’t do anything wrong; it’s OK,’” she said. “It’s about saying, ‘You did something wrong, you made a mistake, and we’re going to help you restructure your life and move on.’” 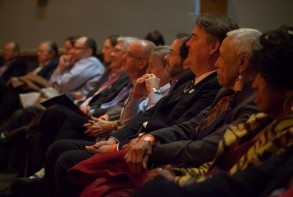 The Audience at Smithsonian’s National Museum of American History 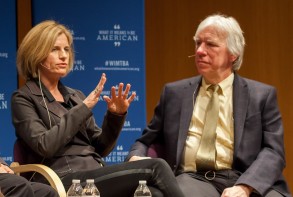 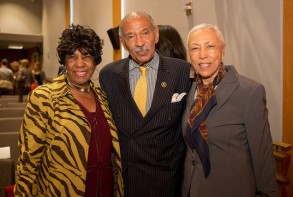 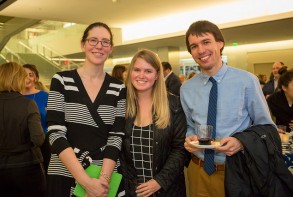 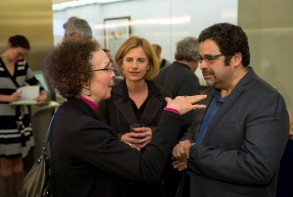